What Is Dhul Hijjah?

What are the Virtues of Dhul Hijjah?

The Prophet (saw) said “There are no days in which righteous deeds are more beloved to Allah than these ten days.” [Bukhari]

There are many reasons why these days are considered the most holy in the year: they are the first days of a particularly holy month; they are days by which Allah took an oath; they are the days in which the last ayah in the Quran was revealed; they culminate in the remembrance of Prophet Ibrahim’s sacrifice.

Since these days are most beloved to Allah, there are plenty of opportunities to reap rewards and blessings by following some of the virtues of Dhul Hijjah. There are a range of virtues to make the most of the first ten days of the month. These are righteous deeds you can carry out to attain Allah’s pleasure. These can include fasting on the ninth day (the Day of Arafah), giving Sadaqah, offering Qurbani, and praying to Allah as much as you can. Other virtues can include being generous, being kind and compassionate, and spending time with your family.

Performing these virtues are an important part of Dhul Hijjah, but much more occurs during the month. Many Muslims complete their pilgrimage in Mecca, praying for forgiveness at Mount Arafah, and celebrating Eid ul-Adha at the end.

What to Do in the First 10 Days of Dhul Hijjah?

Fasting (Sawm) is such a vital part of being a Muslim that it’s the fourth pillar of Islam. Although fasting is perhaps most famously done during the month of Ramadan, it’s also an important virtue to perform for the first days of Dhul Hijjah.

In fact, fasting during the first nine days of Dhul Hijjah is highly recommended as the Prophet Muhammad (PBUH) himself did this and encouraged others to do the same.

However, fasting on the Day of Arafah (the ninth day of Dhul Hijjah) is the most important day to fast. Fasting even just on this one day is so blessed that the act forgives two years’ worth of sin.

Dua’s to Read in Dhul Hijjah

Since the first ten days of Dhul Hijjah are so sacred, it’s important to make as much dua as you can. Here are a few suggested dua’s you can make to ensure your Dhul Hijjah is as special as possible.

Our Lord! Grant us good in this world and good in the hereafter, and save us from the punishment of the fire. (2:201)

Our Lord! Grant us in our spouses and children the joy of our eyes and make us an example for the righteous. (25:74)

Our Lord! Do not make our hearts deviate after You have guided us aright and grant us from Your mercy; surely You are the Giver. (3:8)

If you decide to fast and are able to do so during the initial days of Dhul Hijjah, there are some duas to read for this also.

- A dua for the intention to keep the fast:

O Allah! I shall fast for Your sake, so forgive my future and past sins.

- A dua before breaking the fast:

O Allah! I fasted for You and I believe in You and I break my fast with Your sustenance.

Reciting the Quran is one of the greatest things you can do in Dhul Hijjah. The Prophet (PBUH) himself said,

“Whoever reads a letter from the Book of Allah, he will have a reward. And that reward will be multiplied by ten.” [Al-Tirmidi]

Reciting the Quran is a sacred virtue to perform at any time of the year, but during a time like Dhul Hijjah, your multiplied rewards during these days in particular will be greater than you can imagine.

While it’s not obligatory like Zakat and is instead a voluntary charity, Sadaqah is still hugely important. It won’t only benefit the vulnerable and needy who receive it but will benefit anyone who gives Sadaqah due to the rewards and blessings given to you by Allah (SWT).

Since the first 10 days of Dhul Hijjah are the most blessed of the year, rewards gained from giving Sadaqah will be multiplied even more. Don’t miss out on these blessings from Allah and make sure you give Sadaqah. You can easily do so by clicking here to donate to Charity Right.

Hajj is performed between the 8th and 12th days of the Islamic month. In 2022, Hajj will begin on the evening of Thursday 7th July and continue up to the evening of Tuesday 12th July.

Dhul Hijjah is known mostly as the ‘Month of Pilgrimage’ – the time in which Muslims from all corners of the world gather at Mecca to visit the Kaaba to fulfill Hajj, the fifth pillar of Islam.

Hajj is the Arabic word for ‘destination’ or ‘purpose’ and is the obligation of every Muslim who is capable to travel and partake at least once in their lifetime.

What is the Day of Arafah?

During Hajj, the ninth day of Dhul Hijjah and second day of Hajj is the Day of Arafah, the holiest day of the year in the Islamic calendar. The Day of Arafah is the day in which the Prophet (PBUH) gave one of his final sermons and Allah perfected the religion of Islam. In fact, the Day of Arafah is so sacred that fasting on this day alone can make up for two whole years’ worth of sin.

Muslims in Mecca gather together to pray for forgiveness in the mountain plan of Mouth Arafah, an essential part of Hajj. For those not taking part in Hajj, it is still a highly spiritual day whereby fasting and other forms of worship are highly recommended.

As it’s the holiest day in the Islamic calendar, it’s particularly important that you know when the Day of Arafah is and jot it down in your diary.

The 10th to 13th days of the month are dedicated to the celebration of Eid ul-Adha, the three-day-long Festival of Sacrifice. In 2022, Eid ul-Adha will begin on the evening of Saturday, 9th July and last until the evening of Wednesday 13th July.

What is Eid ul Adha?

Eid ul-Adha commemorates the incident where Allah (SWT) commanded Ibrahim to sacrifice his son Ismail to prove his obedience. Ibrahim AS showed a willingness to obey Allah until the Angel Jibreel was sent to stop him and sacrifice a ram instead.

During the festivities of Eid, Muslims gather at a mosque to offer Eid prayers before visiting friends and family to celebrate, wearing their finest clothes and cooking an array of delicious food.

During Eid ul-Adha, every financially-able Muslim is obligated to offer a sacrifice like Ibrahim. This sacrifice is known as Qurbani or Udhiya meaning ‘sacrifice’.

Qurbani refers to the sacrifice of an animal, like a goat, sheep or cow, which is then distributed in thirds; one third goes to those who sacrificed the animal and the rest to the poor and needy.

In countries like the UK, only certified people can perform the sacrifice, so Muslims tend to perform Qurbani in the form of a charitable donation, much like paying Zakat.

How Do I Donate?

Although Charity Right are not distributing Qurbani this year, we still recommend paying sadaqah in Dhul Hijjah so we can feed children school meals throughout the entire year: www.charityright.org.uk/donate

How Can I Raise Money In Dhul Hijjah?

We’re glad you asked! We have an awesome challenge live right now – Ditch It for Dhul Hijjah!

Your job is to raise £150 by giving something up. Just like Ibrahim AS was asked to sacrifice his son, we’re asking you to sacrifice something too. Do you eat too much chocolate or spend too much time watching TV?

Whatever it is, get ready to give it up and start raising money! 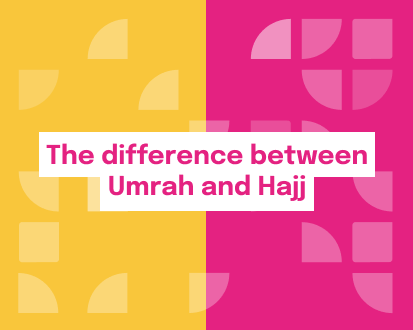 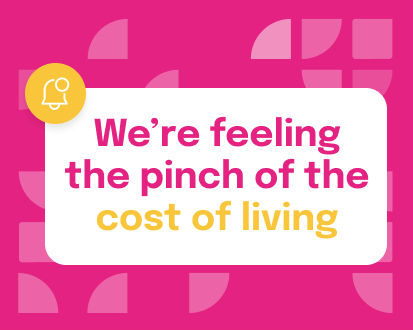 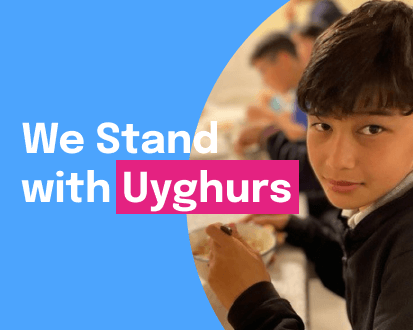